One of the most interesting results of the 2014 and 2015 field seasons on Sai is the presence of early Ramesside material within the town. A number of pottery sherds from SAV1 West are datable to the 19th Dynasty – among them there are examples of the famous Blue-painted ware.

Blue painted pottery is among the best known wares from Ancient Egypt. Its main characteristics are the blue colour, a large range of decorative, mostly floral motives, fancy shapes, a rather short lifespan (approximately 1430-1140 BC, from the mid-18th Dynasty until late Ramesside times). The key finding places of blue painted pottery are urban centres and capitals like Thebes, Memphis, Amarna and Gurob. New excavations at settlement and temple sites as well as in cemeteries and cultic centres (e.g. at Qantir, Saqqara, South Abydos, Umm el-Qaab, and Elephantine) have produced additional material that underscores a much broader distribution and also a great variability in use (cf. Budka 2008, Budka 2013).

Blue-painted sherds from SAV1 West chiefly feature linear patterns comparable to the material at Qantir (Aston 1998, 354-419) and can consequently be dated to the Ramesside period. They also find close parallels at Umm el-Qaab/Abydos and Elephantine, again originating from the 19th Dynasty (Budka 2013). 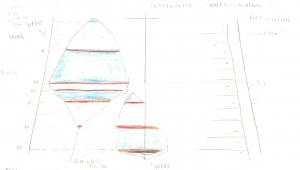 A particular interesting piece is a fragment from the shoulder (or neck?) of a large vessel – it was found in an area of Square 1 in SAV1 West, where we recorded a sequence of archaeological levels from the early 19th dynasty down to the mid-18th Dynasty. 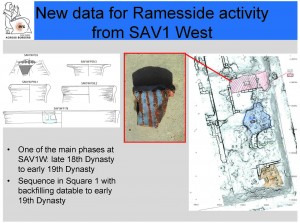 The small fragment of a blue-painted amphora with vertical grooves and its context.

The blue-painted pottery fragment shows a special style of decoration: vertical grooves or the fluting of a zone around the neck and/or shoulder. This style is rare at Amarna (Rose 2007, 28-29), but well known from Ramesside contexts at Qantir (Aston 1998, 414), Saqqara, Thebes and Elephantine (Budka 2013). The famous amphora MFA 64.9 with applied decoration and a lid also falls into this group. Similar ornamental vessels were recently discovered at Elephantine.

All of the blue-painted fragments with fluting found in stratified contexts on Elephantine can be associated with the 19th Dynasty, most likely with the reigns of Seti I and Ramesses II. I would propose a similar date for the small fragment from Sai – this corresponds also to its stratigraphic find position in SAV1 West.

A remarkable object, SAV 002, of possible 19th Dynasty date from Sai Island was already discussed in this blog – it seems to present some kind of door sealing with a cartouche stamp of [Men]-maat-Ra (Seti I), finding close parallels at Amara West.

In a paper just published in Egitto et Vincino Oriente 37, 2014 (Budka 2015), I stated in relation to this piece: “Future fieldwork might allow a better understanding of the relations between Sai and Amara West in the early Ramesside period – SAV 002 and its parallels from Amara West can be regarded as important hints for contemporaneous administrative activities at both sites.”

Writing this back in summer 2014, I was of course not expecting to see this hope for further evidence coming true already in the very next season!

Although we are far away from understanding the complete picture, the 2015 field season provided multiple proof for the presence of early Ramesside officials and corresponding activities on Sai:

1)      At SAV1 West, a back-filling in the Northeastern corner of Square 1 could be dated to the early 19th Dynasty. It covers the remains of a small oven room where several phases of use were documented. Obviously the room was built during the mid-18th Dynasty and in use until the late 18th Dynasty – the Ramesside material implies a possible abandonment of the structure.

2)      Scattered ceramics datable to the Ramesside period were also found at SAV1 East – in disturbed contexts above Building A.

3)      Finally, SAC5 has yielded both worked stones and ceramics datable to the 19th Dynasty. Two new inscribed monuments of the jdnw n Kush Hornakht are especially relevant – this high official was active during the reign of Ramesses II, well attested by monuments found especially in Abri and Sai.

The new finds allow us to tentatively assume that the stela set up by Seti I on Sai which was discovered during the early French excavations (Vercoutter 1972; el-Saady 2011), is much more than random evidence, but actually reflects the ongoing importance of Sai as (some kind of) Egyptian administrative centre. Field research in both Sai and Amara West will continue to provide more and more pieces to reconstruct this complex puzzle. 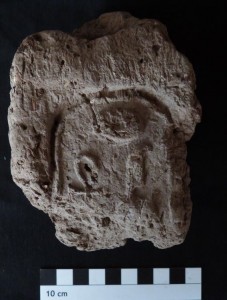 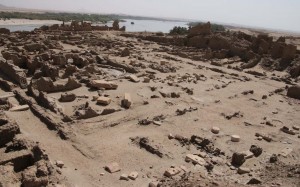