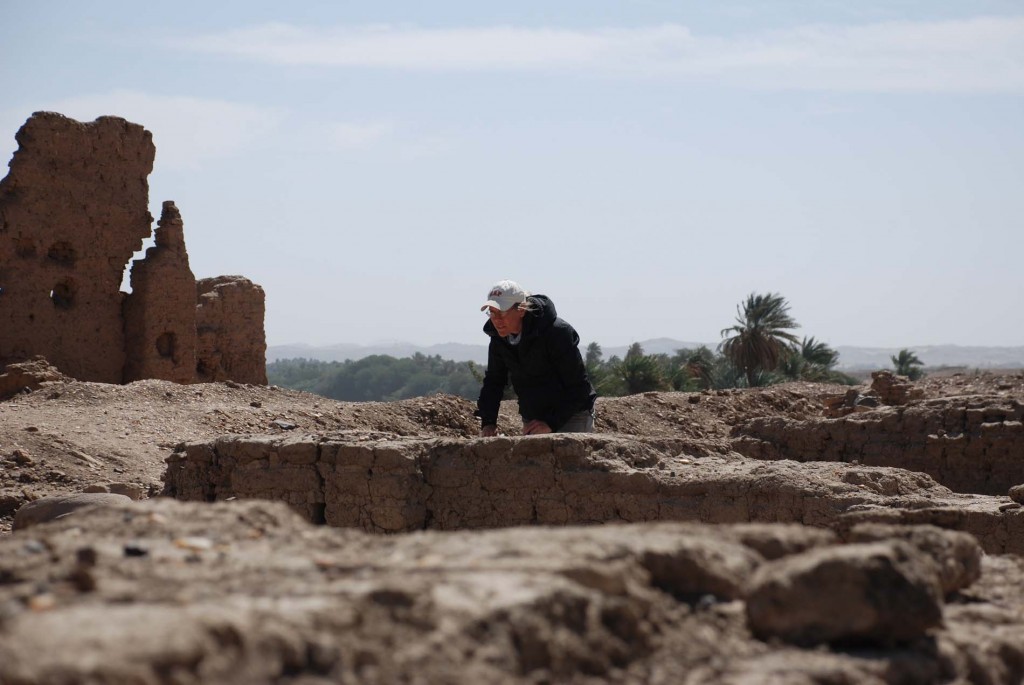 The architectural survey and the reexamination of the southern part of the Pharaonic town of Sai Island continues as planned. Its current focus lies on the eastern part of the area with a prominent large structure, the so-called palatial building featuring a large hall with columns. Floor 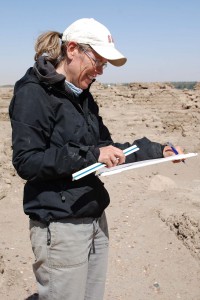 levels and pavements are partly well preserved and the zone is very interesting, but also highly complex. 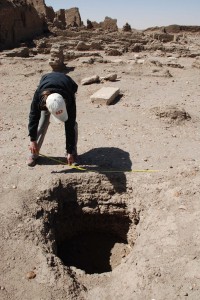 are the main daily working tasks of our architect Ingrid Adenstedt in order to reassess the town plan. 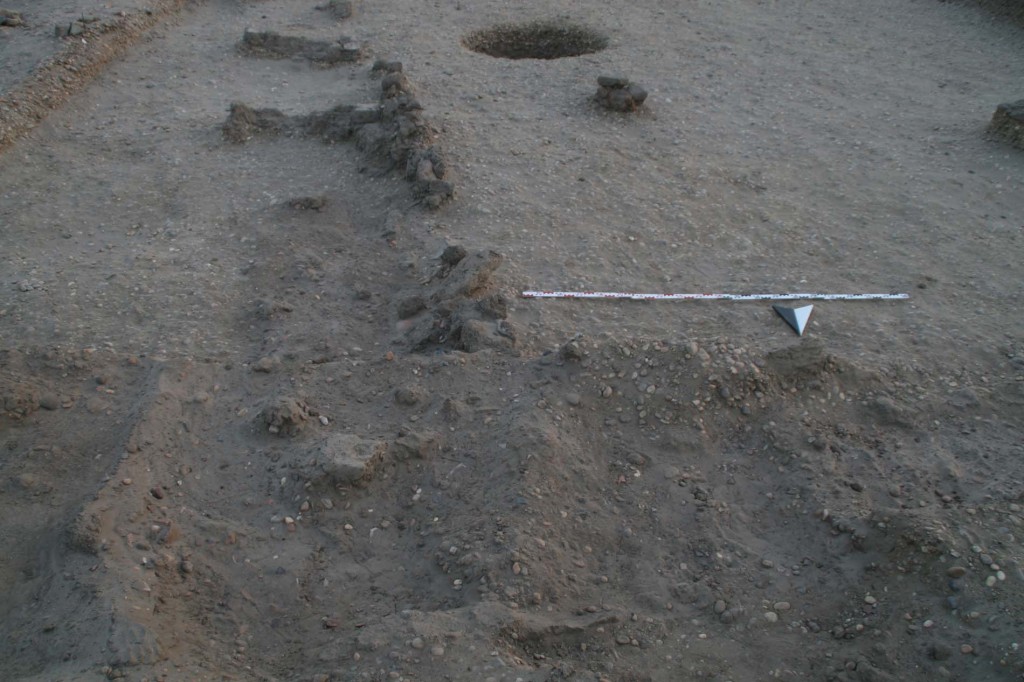 Northeast corner of Building A, looking towards the South

After five weeks of fieldwork, we are happy to confirm the extension of our Eastern wall of Building A: just as it was visible on the geophysical survey map, we located the Northern end of this wall and its Northeast corner in our extension to Square 1. The distance from this corner to its Southern counterpart is a little less than 16 meters. Similar as in the Southern part, we were only able to trace the final layer of bricks in fragments, most of the Northern wall running East-West is now just a negative, filled with sand and some debris.As encouraging as these results are, they are of course also raising new questions: (1) the Northern wall seems to continue towards the East – at least 3 bricks are perfectly in line and still in place, situated to the East of the Eastern wall; more bricks are visible further to the East, still covered by a thick layer of mud. Probably the wall was thus running further towards the Nile. (2) A nice mud floor covers the area just north of the newly located Northern wall of Building A and seems to be associated with it. 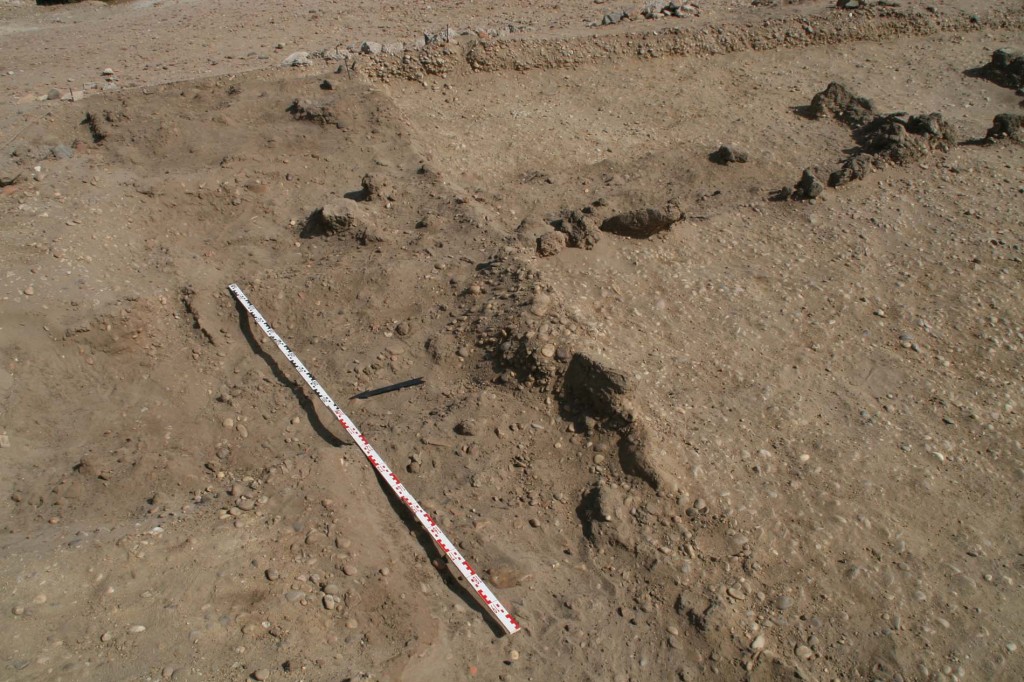 View of the Northern wall of Building A, featuring an extension towards the East (looking Southeast)

All in all, Building A seems to be more complex as originally thought. We probably have one large courtyard with the substantial walls we labelled so far as Eastern, Southern and Northern walls, comprising the storage pits mentioned earlier like pit 6. Towards the west, there might have been at least one North-South divider after roughly 5 meters, of which we have only a few bricks left.

We will focus in the upcoming week on this still puzzling Northern area of our main structure at SAV1E which we can firmly date to the 18th Dynasty. 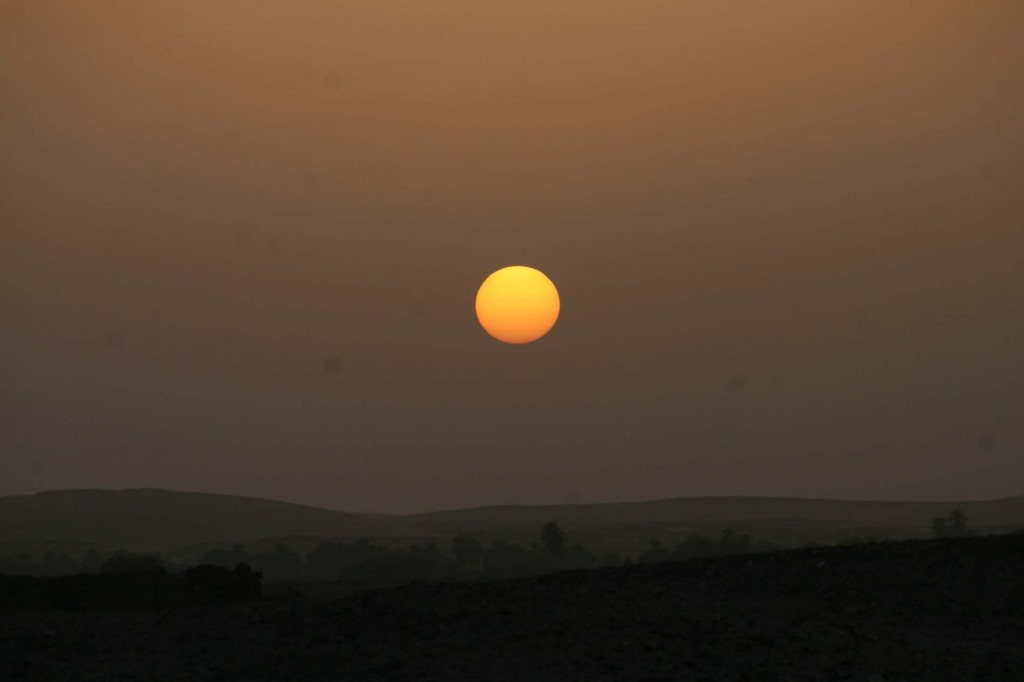