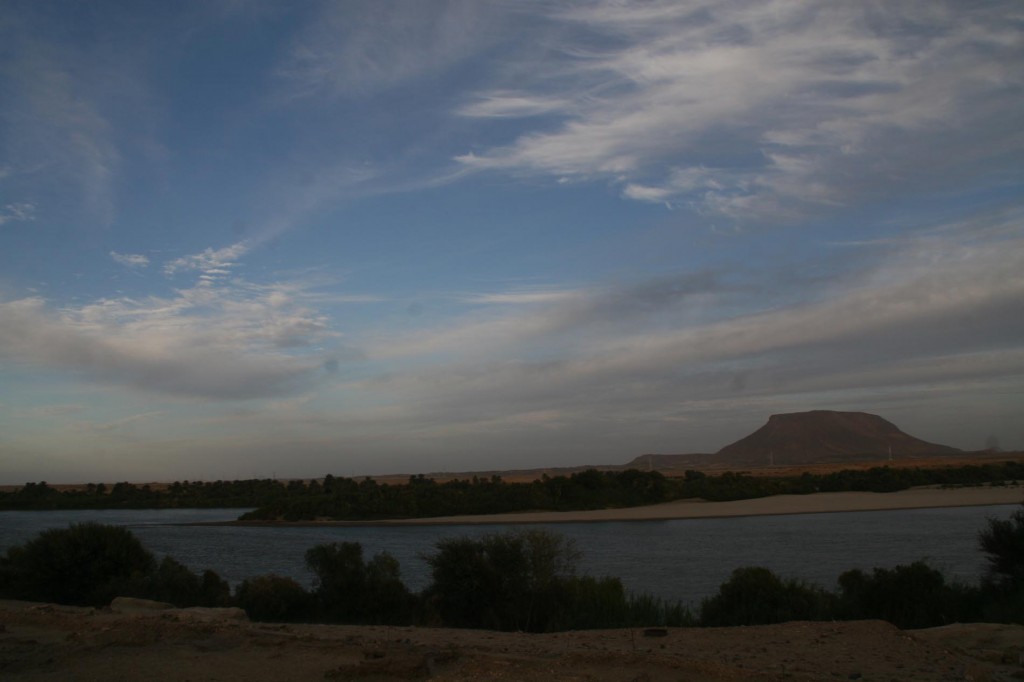 Excavations at SAV1E have reached a state where we spend most of our time clarifying small details and cleaning specific areas and features.

Simultaneously with work in both, the northern and southern extensions of our squares in SAV1E, we started today excavating pit 6 in Square 1. Similar to the circular pit 5, it is located just west of the eastern wall of Building A. 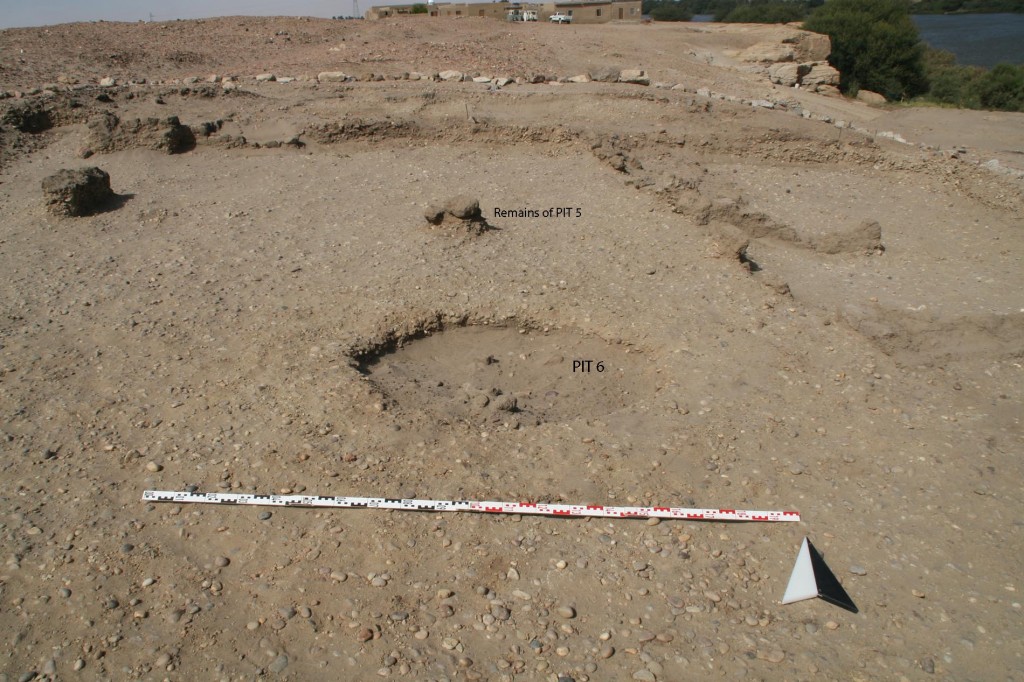 Feature 6 is much larger than e.g. pit 17 in Square 2. Its filling consisted so far only of clean sand containin 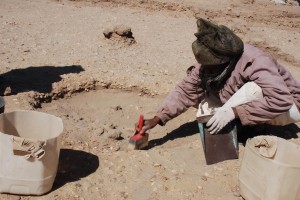 g very few pottery sherds. But going deeper today, we found a lot of mud brick debris in its southern part, two stone tools made in quartz (hammer stones) between the collapsed bricks as well as a small amount of pottery (comprising both early 18th Dynasty and Post-New Kingdom material).

We still haven’t reached its base, so its size and especially the depth remains uncertain. It was cut into the pebble surface also used for setting the walls of Building A and is most likely contemporaneous to our main structure at SAV1E.