The little of what is left from the eastern wall of Building A required very careful cleaning, especially in its highly damaged South-eastern corner. Situated on a sloping area, we worked today in the eastern extension of Square 2 and were able to make the general outline of the wall visible. 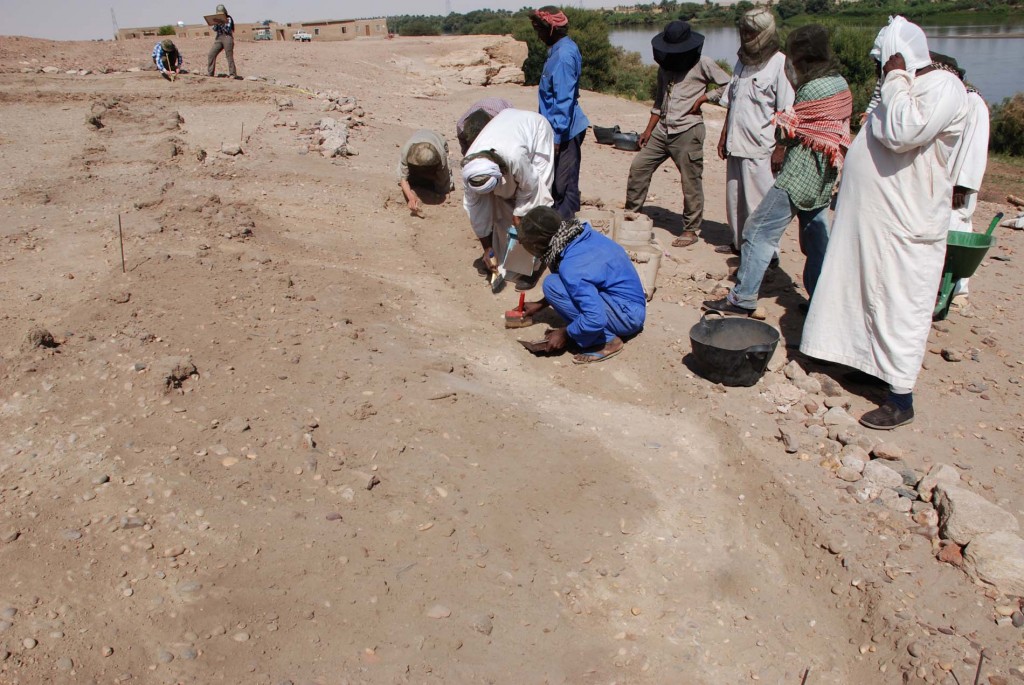 Most of the bricks on a gravel deposit are almost faded and the material is generally very fragile – having been disturbed in ancient and medieval times. Nevertheless, a lot of 18th Dynasty pottery is associated with this section of mud bricks, again primarily comprising of bread moulds and beer jars.

Together with some bricks still in place in the northern extension to Square 1 (= the North-eastern corner), we will be able to measure the North-South extension of Building A exactly. Detailed mapping will continue tomorrow, for now a length of roughly 16 meters confirms the plan visible on the geophysical survey map from 2011.