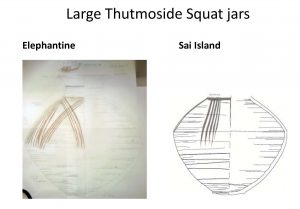 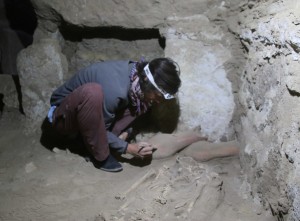 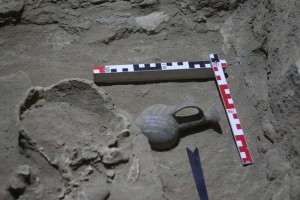 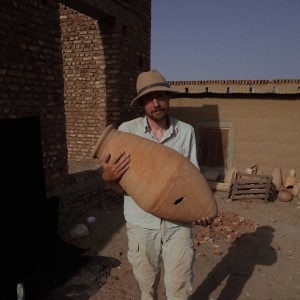 The first week of our season on Elephantine just flew by! There are also many things and tasks keeping us busy, besides the glorious surroundings and wonderful setting. 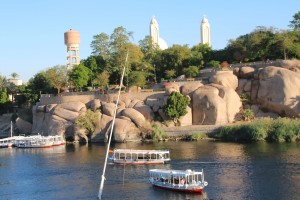 As announced earlier on this blog, the 2015 season on Elephantine, concentrates on the material excavated by the Swiss Institute from House 55. The presence of Nubian ceramics is highly relevant, especially for establishing links between the region of the First Cataract and Sai Island.

While my assistants are busy with drawing Egyptian type vessels, I was mainly focusing on Nubian pottery this week. A set of 35 Nubian sherds was studied in detail and drawn. There are striking similarities between the Nubian pottery corpus from Elephantine and Sai – especially regarding the fabrics, both the black topped fine ware and cooking pots with basketry impressions. But there are also certain differences, suggesting maybe a more “local” Lower Nubian tradition here on Elephantine like a preference for incised decoration.

The percentage of Nubian ceramics within House 55 very nicely compares to both SAV1 North and SAV1 West – from 4119 sherds studied in this first week, 140 were Nubian pieces. 3.4 % equals our findings in Sai Island where the average was 3-5 % during the early to mid-18th Dynasty.

Among others, Egyptian water jars, so-called zir vessels, are common features here on Elephantine. A considerable number of them are present in House 55. 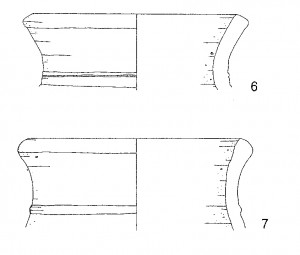 Although the typical Nile clay versions of this vessel group are also known, most of these large jars are made in a very typical Marl clay variant. And here another difference to Sai can be observed – at Sai, the Nile clay vessels dominate, the Marl clay vessels are present, but only in small numbers. 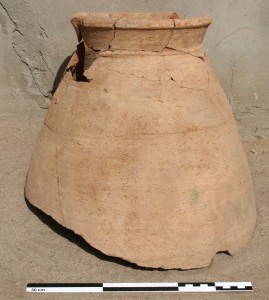 Whether this indicates a different system of water storage or the Nile clay variants simply replaced the Marl clay jars in Sai (produced locally “on demand” once the imported ones were no longer functionable/out of stock), will be considered further, taking related pottery types like drinking cups and beakers into account.