The annual one-day international colloquium of the Sudan Archaeological Research Society (SARS) will take place at the British Museum in London tomorrow. As usual the programme is very promising, highlighting the current work of British but also international teams in Sudan at different types of sites, dating to diverse periods. 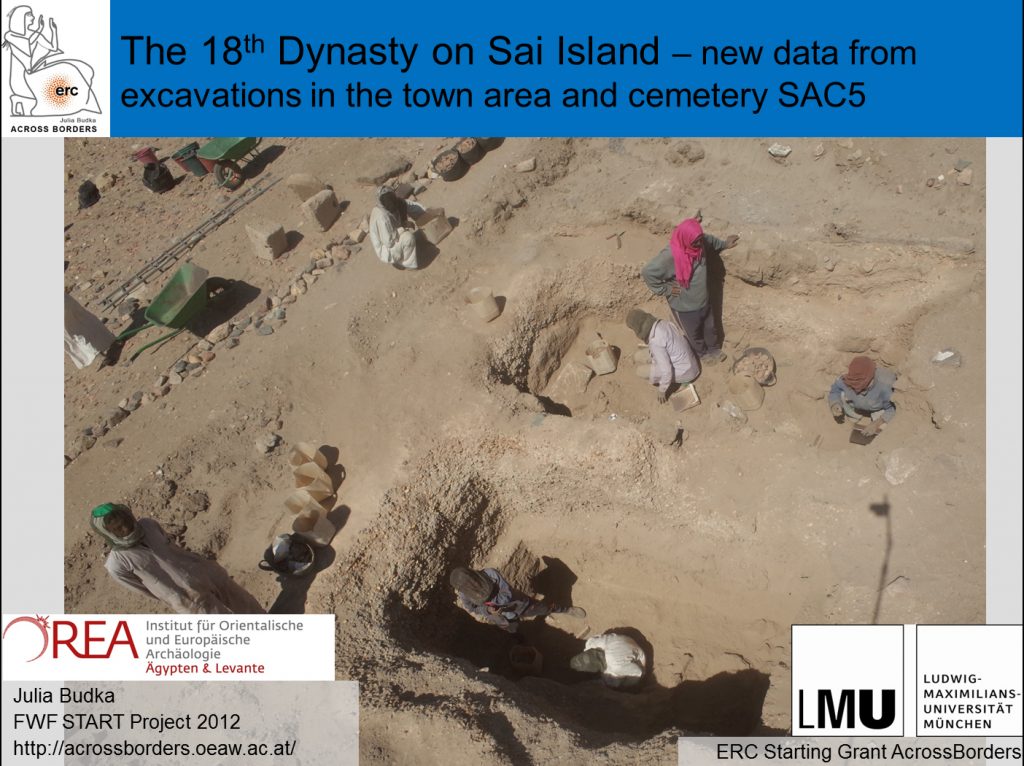 I am honoured to have the possibility to present AcrossBorders’ 2017 season on Sai to the audience – I will start with summarising the work in the town, focusing on the important new data concerning the evolution of the town and its layout. In the second half of my talk I will present our work in Tomb 26 – busy with post-excavation work in the last weeks, I am now able to propose a first preliminary reconstruction of the main phases of use of the tomb. Looking much forward to this opportunity, to meet all of the colleagues and friends and of course hoping for some feedback!

On Monday (09 May 16) the annual colloquium of the Sudan Archaeological Research Society (SARS) was held in the British Museum. Though AcrossBorders was not presenting this year, Martin Fera and I attended to hear about the fascinating work our colleagues are doing all over Sudan. The connections and comparisons between multiple sites along the Nile is a guiding principal of the AcrossBorders’ approach, and the chance to better understand our neighboring sites is invaluable to our own work.

So, though an exciting day was expected, we immediately got more than we bargained for as the opening of the museum grounds was delayed by an unexpected “guest speaker”—the British Prime Minister David Cameron was holding a press conference in the Great Hall! After a brief delay, the colloquium began and a full day of talks whirled by. Though their discoveries are not mine to share, the excavation, restoration, and lab work currently being carried out in Sudan is truly impressive.