At the end of week 7, our File Maker database comprises all objects excavated in 2013. 278 finds have been registered so far – these are 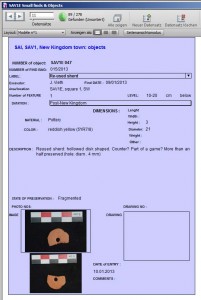 mostly stone tools, grinding stone fragments, re-used sherds but also some fayence beads and clay objects. The database gives some basic information, a short description and all measurements of the individual finds.

Each piece was recorded by digital photographs; selected finds were also drawn in 1:1. Drawing of small finds will continue in the next 2 weeks on Sai.

But as Nathalie who was in charge of the object database is unfortunately already leaving this weekend, we have started packing some of the registered objects in boxes for future storage. As much as we will miss our chief registrar as a person, there is nothing missing or left to finish, all was thoroughly organised – many thanks for a perfect job as usual!

As reported, we found a well preserved shallow basket with a diameter of ca. 30 cm close to storage bin 14, well outside of Building A. The material in this southern area of SAV1E was characterised by large amounts of mud brick debris and very mixed pottery, also comprising a lot of 18th Dynasty material. 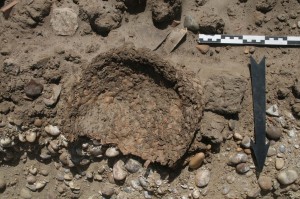 Nevertheless, the basket itself can be well dated to Post-New Kingdom times: Plaiting is unknown for Pharaonic basketry, being introduced probably just from the Graeco-Roman period onwards. Sewn-plaits technique as it appears in our basket from SAV1E is especially common in Nubia until nowadays (see W. Wendrich, in: Nicholson/Shaw (eds.), Ancient Egyptian Materials and Technologies, 2000, p. 261 – many thanks to F. Doyen for kindly checking this reference back at home!).

Even the baskets we are using for transporting our sherds are very similar!

Just compare the plaiting of these two pictures: 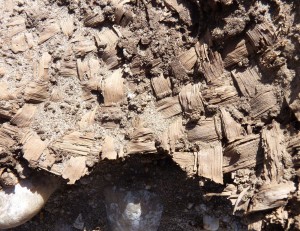 Detail of basket from SAV1E

the basket from SAV1E suffered of course from post-depositional erosion and especially from termites – its base was completely eaten by these insects and unfortunately we were not able to recover it in one piece. It fell to pieces, but was of course documented by drawing and photos prior to moving.

All in all, I am suggesting a Medieval to Sub-recent date for the basket from our excavation, favouring slightly an Ottoman date (16th century AD). There is an intriguing appearance of Ottoman pottery in the debris south of Building A – and in the south-western corner of our excavation we have a stone foundation for a very late rectangular structure which might also date to this time. We will present more about this feature in the upcoming week!

The basket – and the features respectively activities possibly associated with it – adds up to a more complete understanding of our area within the Pharaonic town of Sai, in use over a timespan covering more than 3000 years – from the fifteenth century BC to the sixteenth century AD!

By the end of week 2, our Filemaker Database for objects from SAV1E comprises 85 pieces. Most of them are reused sherds (e.g. scrapers) and stone tools (e.g. grinding stones and pounders). Each object gets an entry in the database and is illustrated by photos. In a future step we will also make technical drawings of selected pieces. 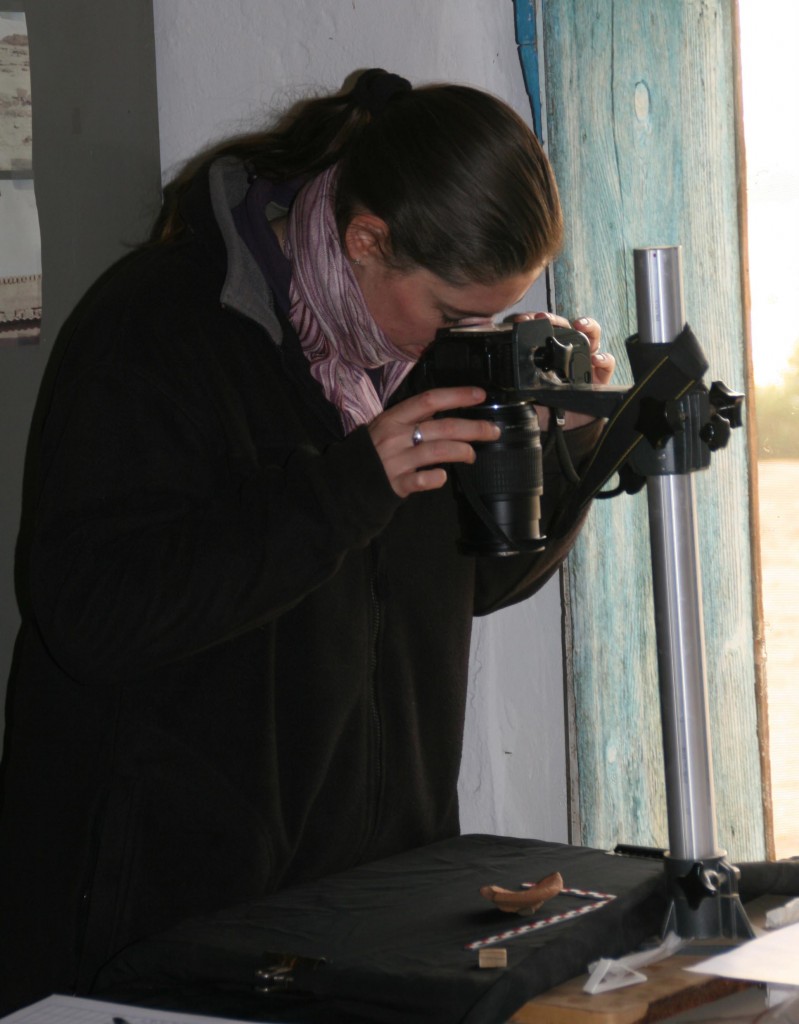 The highlight so far was a tiny piece of fayence: this fragment illustrated here was discovered directly between mud bricks of the eastern wall of Building A. Thanks to parallels, it is clearly coming from a so-called Nun-bo 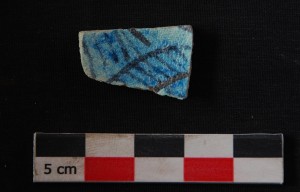 wl, datable to the 18th Dynasty. Such fayence bowls, decorated with floral designs, fish and marsh scenes, are commonly found within the context of New Kingdom temples, but also appear in domestic contexts. Examples for finds of Nun-bowls from settlements are among others Abydos, Kom el-Rabia and also SAV1North, the northern area of the Pharaonic town on Sai Island.

Simultaneously with the ongoing excavation in SAV1E, processing and recording of ceramics and small finds are carried out in the digging house. Besides the corpus of New Kingdom wares comparable to SAV1N, a large number of sherds attest to the Post-New Kingdom activity on Sai Island. 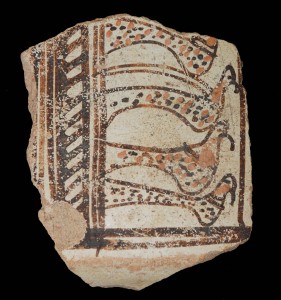 Among them there are also many decorated fragments and the one illustrated here was today’s highlight! It is well known that there was a Meroitic, Post-Meroitic, Christian and Ottoman occupation of the site.