The architectural survey of the southern part of town proved to be very successful and many new observations could be made as well as old ones verified. Back in Vienna, the sketches and measurements taken on Sai will be integrated into a new map of the New Kingdom town and the written observations will be compiled into a so-called room book.

Overview of the residential buildings showing the grid-like pattern

Overall it can be said that the buildings in this part of the Pharaonic settlement were apparently well planned and executed. The walls are throughout perpendicular to each other, forming rectangular rooms and a strict grid of houses and streets. 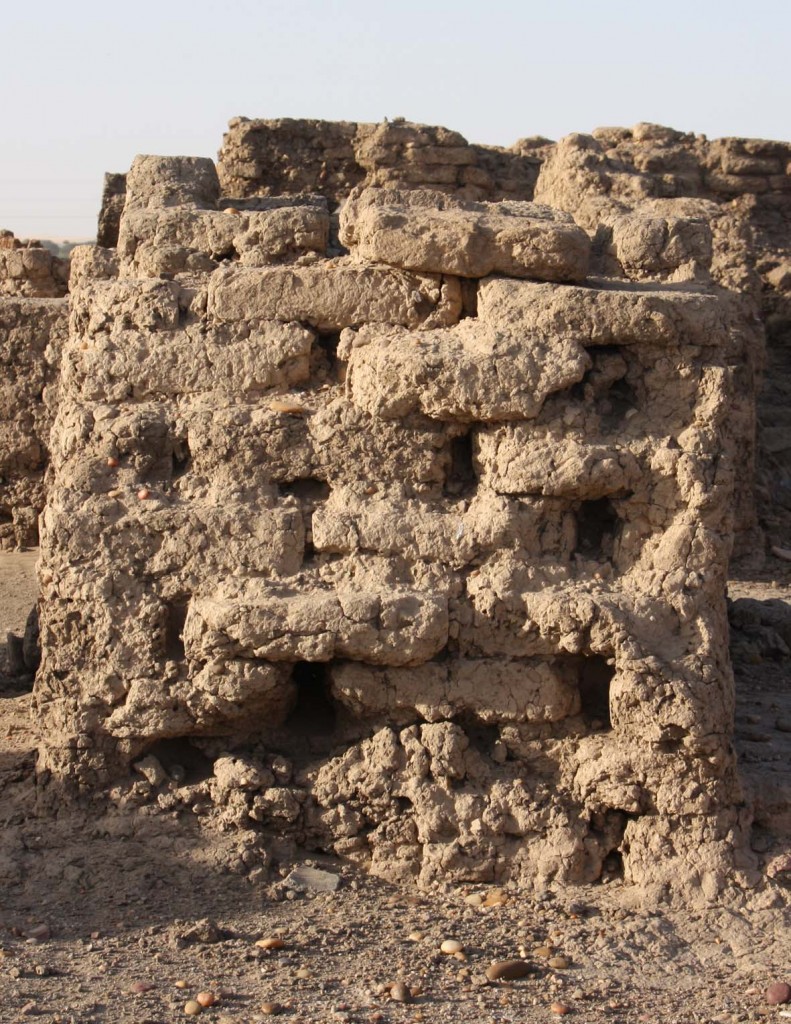 Detail of the brick-laying technique

The building technique of the walls is very homogeneous as well: basically, only two brick formats were used, larger ones with 40x19x9cm at the so-called palatial building and smaller ones with 33x17x8cm elsewhere.The applied brickwork also always follows a similar pattern. One course of bricks consists of facing stretchers followed by a number of headers according to the thickness of the respective wall. In the alternating course, the stretchers were placed on the other side of the wall. Large gaps were left between the bricks, which could be up to 10cm wide. The thickness of the walls varies from about 54cm to 106cm, whereby one can assume that the houses with thicker walls had a second storey.

Of special note is the large residential building in the eastern part of the town. Apart from its considerable size, the execution of the brickwork and the building details sets it apart from the other dwelling units. The building had a central hall with six columns – two of the column bases are still in situ – and floors in the main rooms made of brick which were laid into a special pattern. The finely cut sandstone thresholds are further proof of the high standard of this residence. 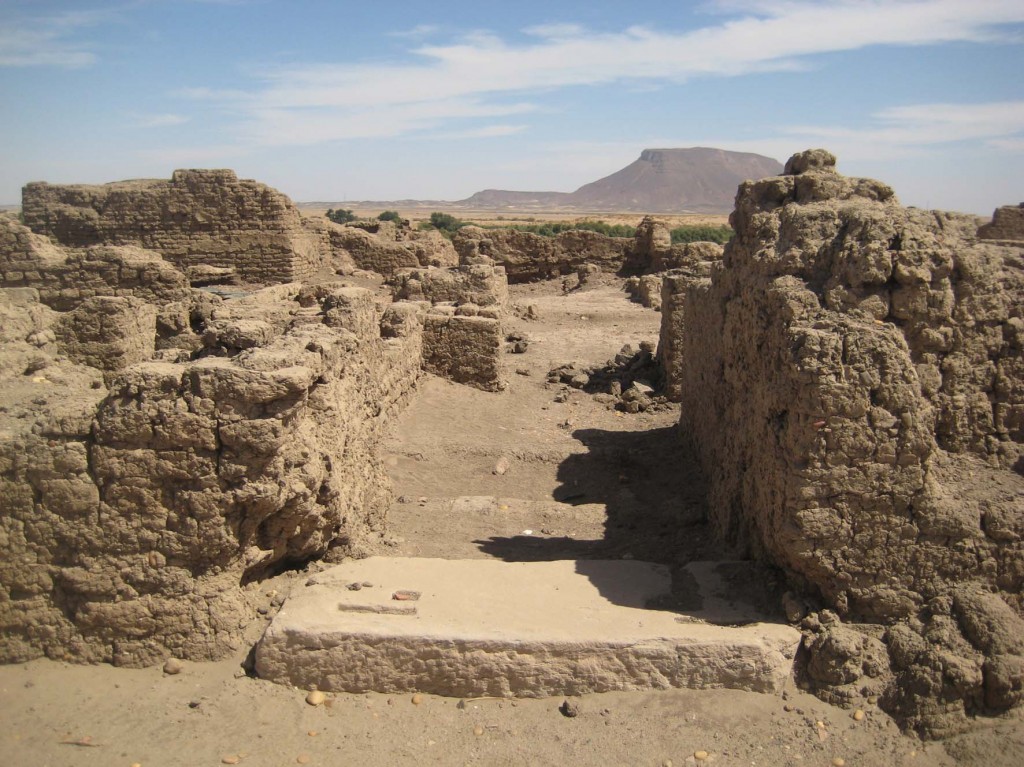 Entrance into the so-called palatial building 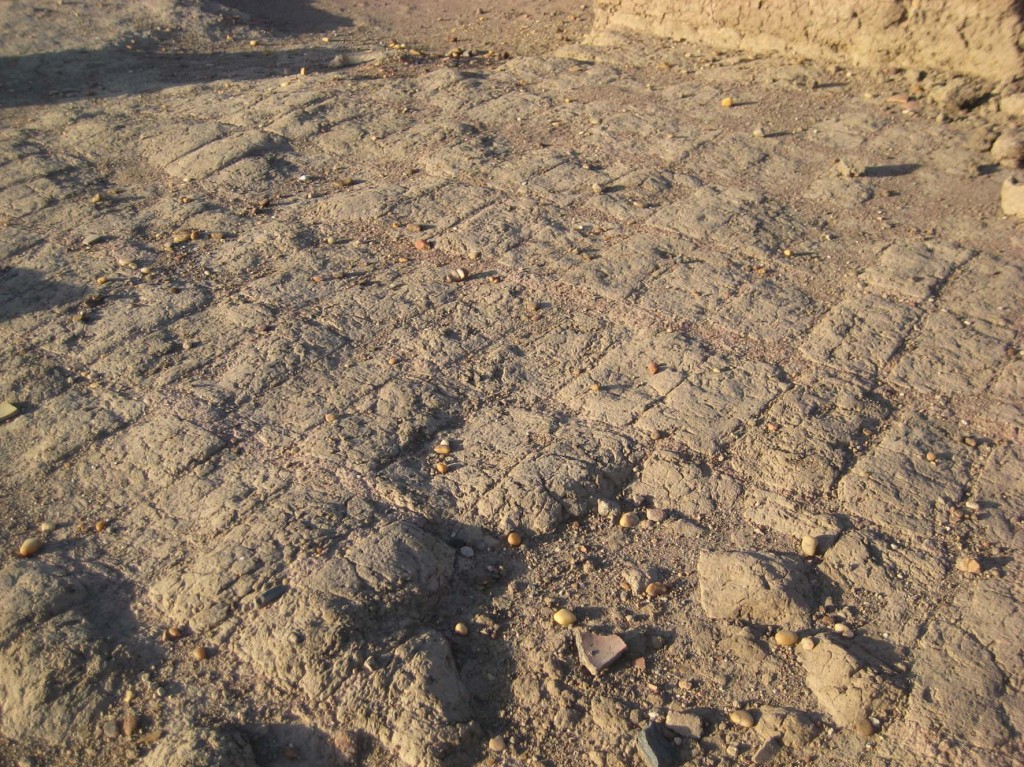 Brick floor of the palatial building