One of the aims of AcrossBorders is identifying human behaviour of specific individuals under different circumstances – some persons have left textual records at both Sai and on other sites. As prominent example, Nehi, viceroy of Kush under Thutmose III, is well attested at Sai, Elephantine and also elsewhere.

One of the door jambs of Nehi, reused as treshold in the New Kingdom town

Nehi’s monuments illustrate that mobility of administrative staff and officials is not a modern phenomenon, but was also common in Pharaonic Egypt. During the New Kingdom there is both archaeological and textual evidence that officials had temporary living quarters in different parts of Egypt as well as in Nubia. In addition, statues, stelae, shrines and in particular rock inscriptions allow tracing Egyptian officials at more than one site.

Having spent the last three days in the beautiful region of Aswan, I had the chance to think about the busy lives of the protagonists of the complex Pharaonic administration during the New Kingdom. Egyptian officials who participated in expedition and/or military campaigns towards the South had to pass through Aswan and Elephantine. Obviously they spent some time there before their departure to Nubia as hundreds of rock inscriptions attest. 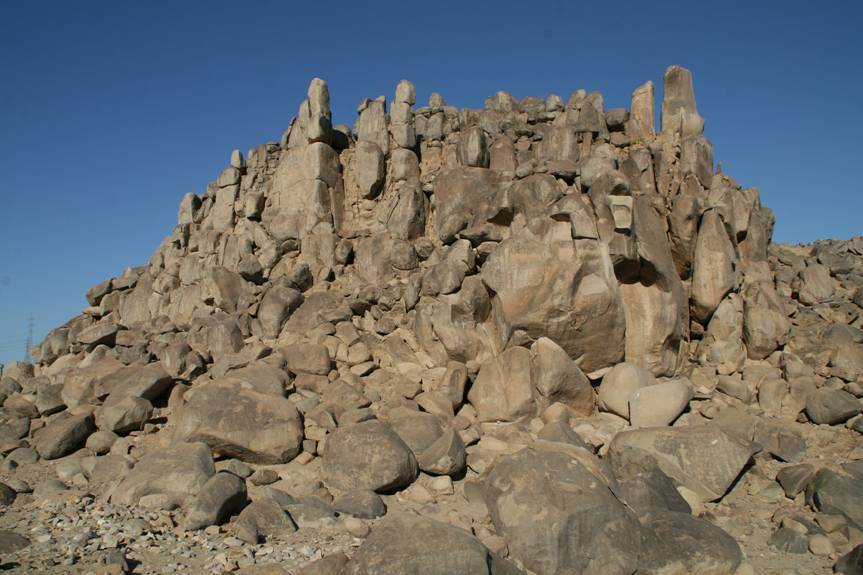 The island of Sehel is covered with hundreds of rock graffiti, a majority originating from the New Kingdom

Most importantly, I enjoyed the reunion with viceroy Nehi at Aswan – we visited Elephantine where a doorjamb of him was found and one of his most beautiful statues is kept today at the Nubian Museum in Aswan (a kneeling statue holding a sistrum).

In the upcoming years, AcrossBorders will try to tackle questions like: how did Egyptian officials like Nehi experience their job-related mobility and especially their assignments to specific sites, in our case to Sai island? Was a mission outside of Egypt more/less desirable/prestigious? Can we find differences in the ancient reception of staying in the frontier region of the First Cataract or in Nubia proper?