Work focused at the end of week 5 on the southern extension of Square 2. The surface in this area was scattered with numerous pot sherds and a lot of stone f 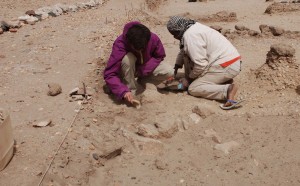 ragments. Among the main reasons for extending the limits of our square was feature 20 in the south-western corner of Square 2: two mud bricks in line, obviously continuing towards the South. The alignment is similar to feature 18 and we wanted to get more information about its preserved size and if possible some stratigraphic information.

Within the southern extension we uncovered another two, fragmented bricks belonging to feature 20. On both sides of it several stone fragments came up and especially the southern end of the structure is heavily disturbed respectively lost. 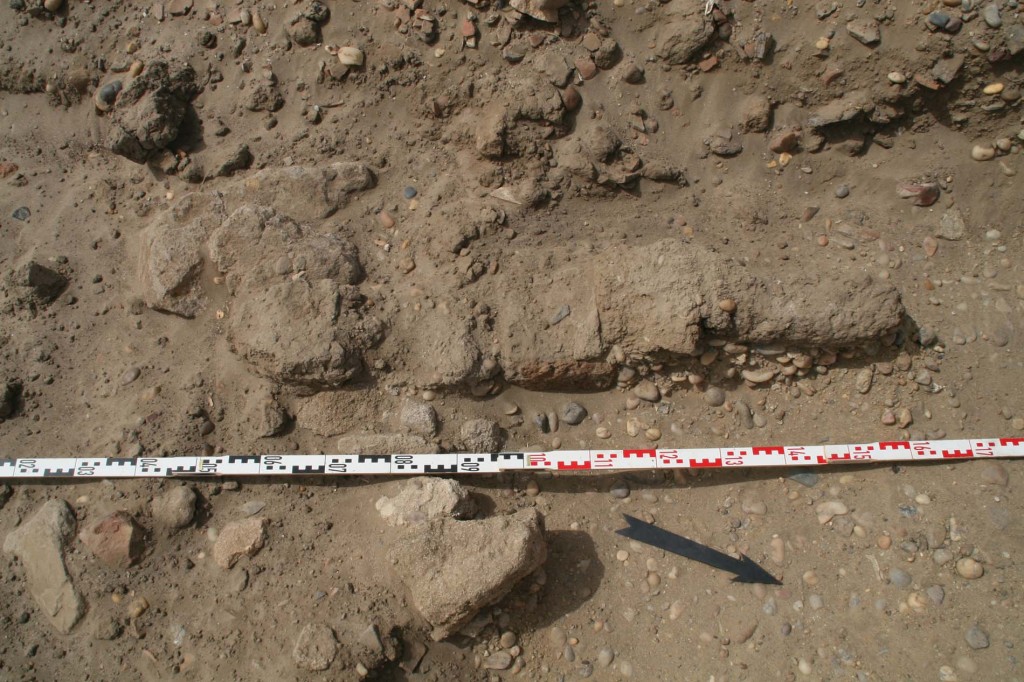 All in all, the area is characterised by broken bricks, pottery sherds of mixed date and a lot of stone chips and gravels. It looks as if the natural grounds slopes towards the South and we found a large dump deposit, filling a natural depression to the South of SAV1E. Work will continue here in the upcoming week.