Processing of the pottery from SAV1E comes towards a closing – still not to an end, as the finds have been far too numerous and will also keep us busy at home and for next season. However, the most important data are already collected allowing some first observations.

Among the most important pottery vessels of the 2013-season are for sure the two rim sherds recovered from the foundation trench of the northern wall of Building A. 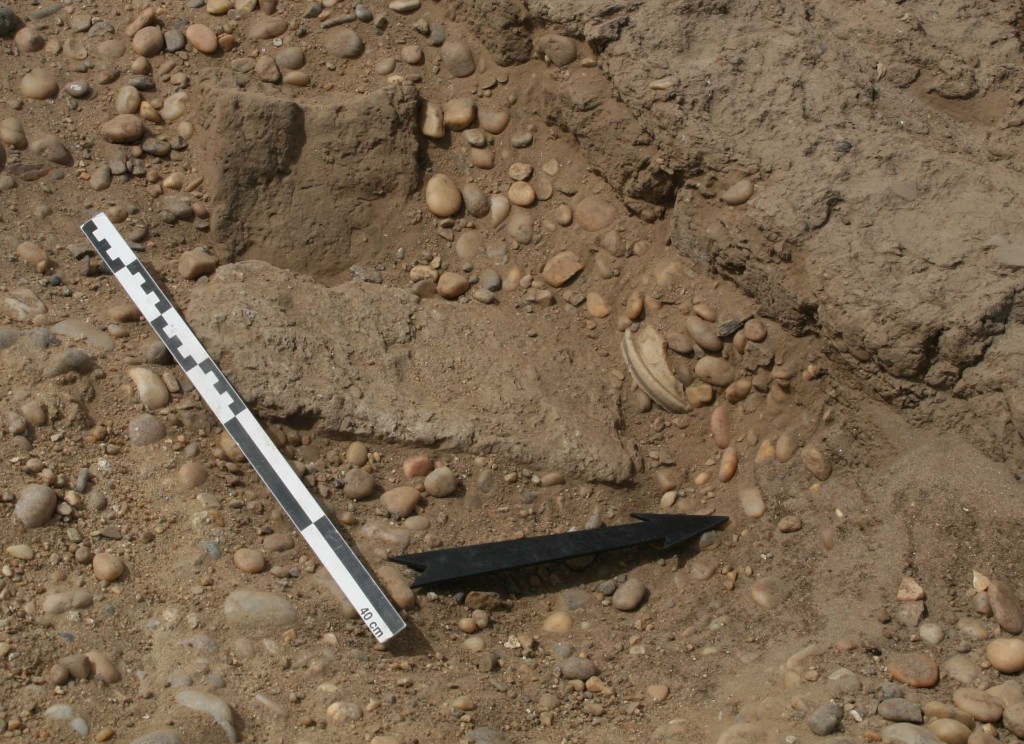 P57 in its original find position: the foundation trench of wall 31.

Especially relevant is the fragment of a decorated Marl clay vessel. P57 is made in a so called Marl A4 according to the Vienna System. Its mouth diameter measures 10.6 cm and 4 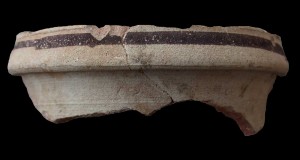 8 % of the rim of this nice jar thrown on the pottery wheel are preserved. An irregular band in dark brown is painted along the top part of the rounded lip; the beginning of a slightly flaring neck is partly preserved.

Such vessels are known from various contexts in Egypt from the Thutmoside era onwards (mid-late 18th Dynasty) – our example seems to be Thutmose III in date (or slightly later, maybe Amenhotep II). Its find position within the otherwise undisturbed section of the foundation trench of wall 31 is therefore very important and gives us a good dating indication for Building A!

P57 was documented by a detailed drawing in scale 1:1 and by digital photographs.