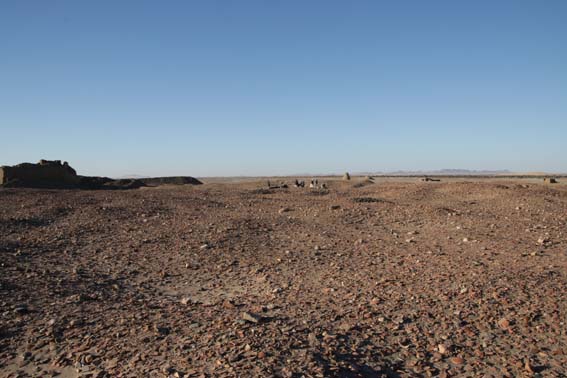 One of our goals this season is to investigate the enclosure wall of the fortified New Kingdom town of Sai on its western side, just north of the main city gate. We opened two squares at a new site labelled SAV1 West. 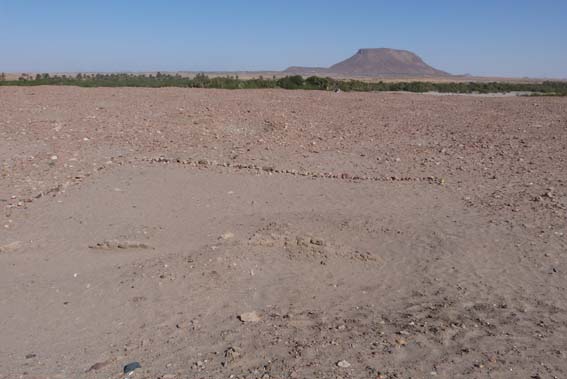 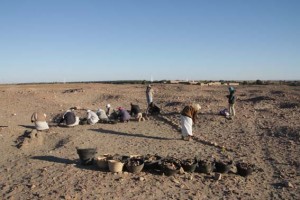 Both trenches comprise mud bricks visible on the surface – according to their alignment they should belong to the enclosure wall of the town and maybe to one of its towers. Therefore it was no surprise that a large amount of 18th Dynasty pottery came to light already during surface cleaning – however, the precise quantities and proportions are quite interesting. Square 1 (10 x 10 m) yielded 26 baskets of pottery and 75 % are datable to the 18th Dynasty! The remaining 25 % include Post-Meroitic material, but most of it is Christian and Ottoman ceramic.

Trench 2 (15 x 5 m) is set above a shallow depression further south and only 9 baskets of pottery were collected from the surface – out of these sherds, just 24 % are of New Kingdom date. The majority belongs to material of Post-Pharaonic times, in particular the Christian/Medieval period. Thus, the relations of the ceramics are completely opposite than in Square 1. An interesting starting point for the upcoming weeks – does it reflect the neighborhood of the Ottoman fortress which is closer to Square 2 than to Square 1 and/or a disturbance in ancient time? Or can it be explained differently? We’ll keep you posted as work at SAV1 West continues!