As reported some weeks ago, we have several circular pits just west of the eastern wall of Building A. There are two of them in Square 1, the northern of which still featured some collapsed mud bricks at one side. Today we extended work on the third one in Square 2, more or less in line with the two others in Square 1. We still have not reached its bottom, but interestingly, removing the northern baulk of Square 2, we found a lot of mud brick debris at its eastern side. 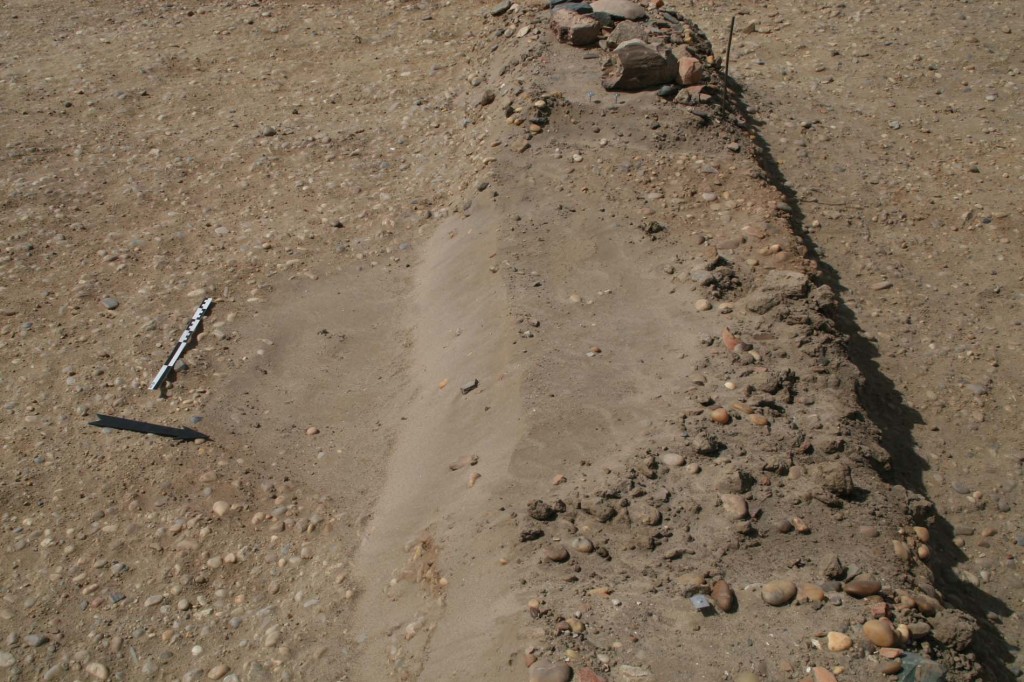 As we have experienced with the external walls of Building A themselves, the sandy filling is really a kind of negative impression of former brick work which was completely dismantled. Are our circular features therefore former silos, originally lined with bricks? Or something else, maybe ovens? We are still uncertain about them, at least they seem to be contemporaneous to Building A; excavation in the upcoming week will hopefully answer some of our questions.