Based on the fresh data from AcrossBorders’ excavations on Sai Island between 2013 and 2017, this paper presents the current state of knowledge regarding the evolution of the New Kingdom town of Sai.  Its potential for general aspects of settlement archaeology in New Kingdom Egypt and Kush are highlighted. New evidence for a landing place in the early Eighteenth Dynasty as well as fresh information about the Thutmoside temple town are presented. 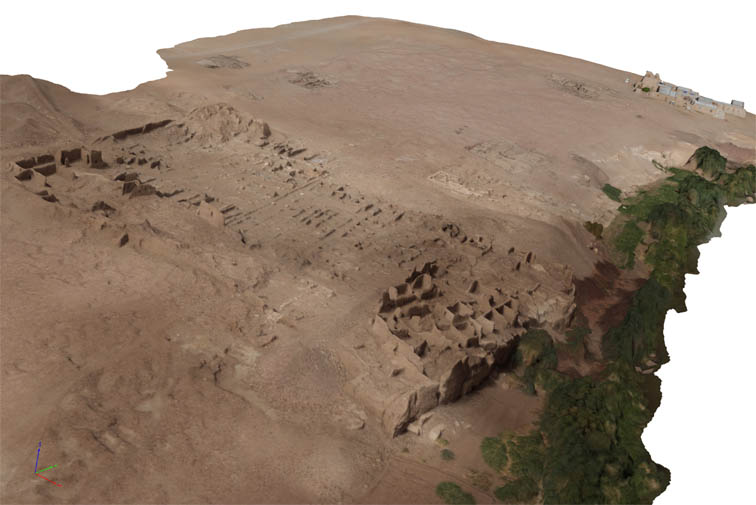 Screenshot of 3D model of the New Kingdom town of Sai, overbuilt by the Ottoman fortress in the south. View from the south. Illustration by Martin Fera.

Furthermore, I try to argue that AcrossBorders’ excavation results suggest some new thoughts about the development of this town with its orthogonal city map: despite of its obvious urban planning as a royal foundation, the site of Sai also illustrates dynamic aspects of Egyptian towns which must have been very common. These aspects reflect local microhistories and show common deviations from what we consider as “standard types” in both architecture and material culture.

These first thoughts highlighted in the NEA paper will be followed further by still ongoing archaeometric, micromorphological and other analyses of various materials as well as the final assessment of the excavation results in sectors SAV1 East and SAV1 West.